In about September I was commissioned by Bangor Music Festival to compose a piece of electroacoustic music for their February 2018 event, along with a series of education workshops. I really wanted to do this and it was looking like it was going to be an amazing autumn and early spring of creating cool stuff and having fun; then the floor almost literally gave way.

Following a period of ill health my Dad took his own life in mid October and unsurprisingly this hit me really hard. It is not so much the sadness which is debilitating but the feelings of numbness, rage and lethargy that suck the capacity for creativity away. In my case my Dad and I got on really well, he was a role model and someone who had a massive influence on me throughout my life, when something so seemingly at odds with everything you have ever known happens all the basic assumptions that you make in life come into question. I would even look at my feet when walking down stairs, not through shock or physical instability but because I no longer trusted the assumption that I knew where my feet and where the steps where. It was certainly no mindset to take creative decisions in, they are so vague, so intangible and impossible to verify that the simplest starting impetus threw up paralyzing indecision.

It was at this point that I sadly informed Guto the festival director that I couldn’t fulfill the commission. I have never had to do this before and it left me feeling awful, but also slightly relieved.  There followed a period of calm, I got back to doing some work and I managed to get off the antidepressants (citalopram) which had been prescribed to help me sleep, level me out and stop catching things out of the corner of my eye. In late December I got a phone call from Guto offering to take some of the festival work back, but once again asking if I would like to compose ‘something’ for the finishing concert.

I find it really hard to sit down and just make noises or compose, some people start from an initial sound or a feeling, I tend to find some sort of idea or framework to hang something on and then can go from there. I though about this for about 24 hours, it was an incredibly kind offer which Guto had made, and my head was clearing. I went for a run in the hills, it happened to be early as I wanted to make the summit of a mountain near to us to catch the winter solstice sunrise and on the way up the ideas just struck me.

The theme of the event this year is space and I am happy to say that the work shared a stage with Birmingham Ensemble for Electroacoustic Research (BEER). BEER had worked in collaboration with the Art@CMS project at CERN in Switzerland, using real-time sonification of data streams from the Large Hadron Collider, the world’s largest and most complex particle accelerator. This is something which it is foolish to compete against; that, and the fact that I literally have Scott Wilson (of BEER)’s book on coding in Supercollider sat on my desk. Thus I chose to take a different tack and rather than approach it from an analytical and scientific angle I went for something closer to home. 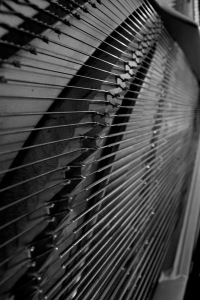 A lot of what is in the popular imagination about space and space travel is precisely that, imagination. From the Barron’s Forbidden Planet through to the electronic squelch of radio communication a lot of what we think of as space related is a very human construct. What fascinates me is how much of what we believe sounds as if it comes from outer space or under the sea (or for that matter any environment out of our direct experience) is actually a result of dubbing and sound design in the media. As a culture we have bought into the idea of rockets rumbling as they go past, even though there may be almost nothing in the void of space to transmit the sound and the glockenspiel twinkle of stars is almost as real as the piano wire scrape of the Tardis. This provides a fantastic palate of subverted fantasy with which to create and explore a rich and varied sound world. Apart from the use of two pieces of NASA archive; launch and countdown, the rest of the sounds used I have recorded and shaped myself.

Great delight was taken in recreating a few iconic ‘other worldly’ sound objects and effects along the way, 50 pence pieces were rubbed down piano strings to provide the basis for a tardis noise before looping and adding spring reverb. Humming strip lights were close mic-ed to create light-sabres, and some generative coding brought about drone progressions similar to the opening of Star Trek. These and many other sounds were used as the raw materials of the piece and then developed as the different timbre interact and evolve. The result is an acousmatic work utilizing a wide variety of sounds from analogue synthesis through to simple dislocation and out to generative algorithms creating an apparently extra-terrestrial environment in which our earthbound ears and minds can roam. 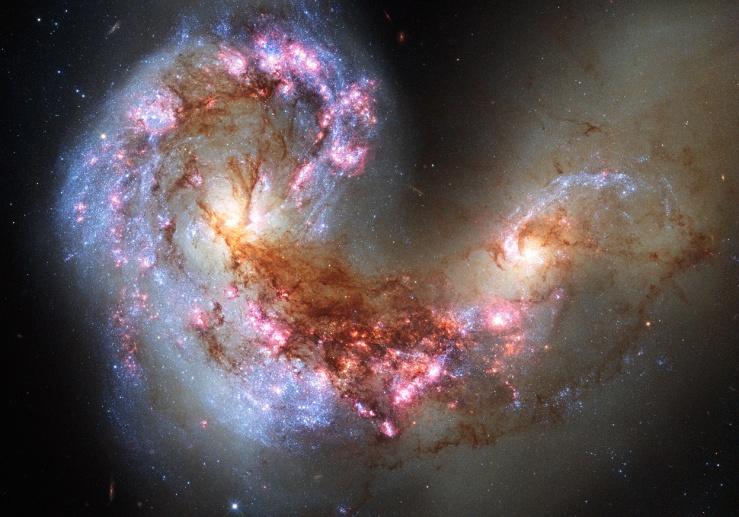 Many thanks to Guto Puw and the Bangor Music Festival for their kindness, understanding and faith.

In memory of Brian Wright